AETHELFLAED AND THE MISSING TROPHY. Athelflaed considered Natalia and Samantha the worst friends any girl could have, and wasn't shy to tell them so. She wasn't the only one to think that she was plain1 in comparison. People suspected that they only hung out with2 Aethelflaed just to look even more stunning3.

In any case Aethelflaed considered that the opposite was also true, and that after ten minutes' conversation with Natalia and Samantha any boy would sigh with relief4 to see Athelflaed's arrival, knowing she would liven things up immediately. That's what she liked to think, anyway.

Samantha had wavy blonde hair, but often chose to wear it in a ponytail, braids, or pigtails5. Today she had her hair loose back behind a long blue blouse - patterned at the base - and some cream shorts. A casually wrapped neck scarf and belt around the waist were the finishing touches.

Apart from her beauty, Natalia was the opposite to Samantha in almost every sense. With a Spanish mother and Brazilian father, she had dark curly hair and a permanent tan. Athelflaed had known both of them since nursery6, and the three were inseparable.

The girls had to push their way through the crowd to get in. The stadium was already filling up. Samantha stopped in front of the halfway line, looking for three empty seats.

“Why don't we sit nearer the goal?” suggested Aethelflaed “So you can support your brother, I mean.”

Natalia giggled7, but Samantha made no sign of surprise. “We're better off here in the middle.” she replied “Remember the goalkeepers switch sides at half-time.”

“Oh, do they?” Aethelflaed realised she knew nothing about football. She needed to catch on8 quick.

“Tell us who the players are.” asked Natalia “That's Bob the captain.....”

“He looks bit old and chunky9 to be playing football.....” commented Aethelflaed “He must play really well!”

“He's hopeless.” Samantha laughed “but he gets on10 well with everybody in the team, and he's always cheerful, so that's why he was chosen to be captain – and a captain has to play.......”

“I suppose so, but it's a strange sort of logic.”

“...In fact, the only players who are any good are Ayaan and my brother. The rest are awful. If it wasn't for Dean's saves, we wouldn't have passed the first round.” Samantha beamed11. She was incredibly proud of her brother. They got on very well.

“And Ayaan?” exclaimed Natalia “Where's Ayaan? He scores all the goals.....”

“He's not playing. He had to go out with the RNLI12” Samantha replied calmly.

“Well, it was nice when it lasted......” sighed Natalia “we can stop dreaming now. If Ayaan's not playing, forget it!”

1 = not especially attractive, boring in a physical sense.

2=To 'hang out with' is to be seen with, or spend time with somebody.

3= amazingly beautiful. It can be used to talk about landscapes, nature...

4 A 'sigh of relief' is when you breathe out in the moment you see yourself escape from an unpleasant situation.

5 These are ways of styling your hair. If you tie your hair back in one piece, this is a ponytail. If you tie two or more smaller pieces of hair, these are pigtails. Braids are when you tie together three separate pieces of hair (like Elsa from 'Frozen')

6 A place where people look after children aged 1 – 5.

7 If you imagine two children laughing at the back of the class, hoping that the teacher won't hear, this is a 'giggle': when you try to control your laughter.

9= a more diplomatic way of saying 'fat'. You can also use this for objects with a slightly square shape – chunky chips, a chunk of meat....

10= to have a good relationship with somebody.

12= Royal National Lifeboat Institution. See the article at the end of the book. 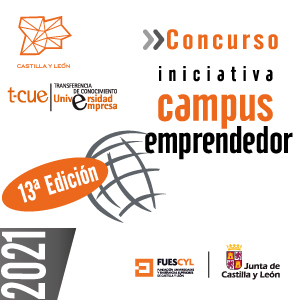 AETHELFLAED AND THE MISSING TROPHY.
Comentarios